Mad art: a visual celebration of the art of Mad magazine and the idiots who create it

MAD Magazine celebrated its 50th anniversary in 2002, making it the country's longest-running periodical of humor and satire. This massive compendium is devoted to the magazine's many talented ... Read full review

Mark Evanier met Jack Kirby in 1969, worked as his assistant, and later became his official biographer. A writer and historian, Evanier has written more than 500 comics for Gold Key, DC Comics, and Marvel Comics, several hundred hours of television (including "Garfield") and is the author of several books including Mad Art (2002). He has three Emmy Award nominations, and received the Lifetime Achievement Award for animation from the Writers Guild of America. 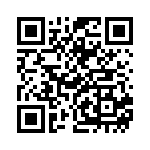