Steven D. Levitt received a B.A. from Harvard University in 1989 and a Ph.D. from M.I.T. in 1994. He is a professor of economics at the University of Chicago where he has been teaching since 1997. He was awarded the 2003 John Bates Clark Medal, an award that recognizes the most outstanding economist in America under the age of 40. He is the coauthor, with Stephen J. Dubner, of Freakonomics: A Rogue Economist Explores the Hidden Side of Everything. It won the inaugural Quill Award for best business book and a Visionary Award from the National Council on Economic Education. He also wrote SuperFreakonomics, Think Like a Freak and When to Rob a Bank:...And 131 More Warped Suggestions and Well-Intended Rants with Stephen J. Dubner. 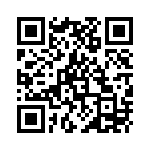