T. S. Eliot is considered by many to be a literary genius and one of the most influential men of letters during the half-century after World War I. He was born on September 26, 1888, in St. Louis, Missouri. Eliot attended Harvard University, with time abroad pursuing graduate studies at the Sorbonne, Marburg, and Oxford. The outbreak of World War I prevented his return to the United States, and, persuaded by Ezra Pound to remain in England, he decided to settle there permanently. He published his influential early criticism, much of it written as occasional pieces for literary periodicals. He developed such doctrines as the "dissociation of sensibility" and the "objective correlative" and elaborated his views on wit and on the relation of tradition to the individual talent. Eliot by this time had left his early, derivative verse far behind and had begun to publish avant-garde poetry (including "The Love Song of J. Alfred Prufrock" (1915), which exploited fresh rhythms, abrupt juxtapositions, contemporary subject matter, and witty allusion. This period of creativity also resulted in another collection of verse (including "Gerontian") and culminated in The Waste Land, a masterpiece published in 1922 and produced partly during a period of psychological breakdown while married to his wife, Vivienne Haigh-Wood Eliot. In 1922, Eliot became a director of the Faber & Faber publishing house, and in 1927 he became a British citizen and joined the Church of England. Thereafter, his career underwent a change. With the publication of Ash Wednesday in 1930, his poetry became more overtly Christian. As editor of the influential literary magazine The Criterion, he turned his hand to social as well as literary criticism, with an increasingly conservative orientation. His religious poetry culminated in Four Quartets, published individually from 1936 onward and collectively in 1943. This work is often considered to be his greatest poetic achievement. Eliot also wrote poetry in a much lighter vein, such as Old Possum's Book of Practical Cats (1939), a collection that was used during the early 1980s as the basis for the musical, Cats. In addition to his contributions in poetry and criticism, Eliot is the pivotal verse dramatist of this century. He followed the lead of William Butler Yeats in attempting to revive metrical language in the theater. But, unlike Yeats, Eliot wanted a dramatic verse that would be self-effacing, capable of expressing the most prosaic passages in a play, and an insistent, undetected presence capable of elevating itself at a moment's notice. His progression from the pageant The Rock (1934) and Murder in the Cathedral (1935), written for the Canterbury Festival, through The Family Reunion (1939) and The Cocktail Party (1949), a West End hit, was thus a matter of neutralizing obvious poetic effects and bringing prose passages into the flow of verse. Recent critics have seen Eliot as a divided figure, covertly attracted to the very elements (romanticism, personality, heresy) he overtly condemned. His early attacks on romantic poets, for example, often reveal him as a romantic against the grain. The same divisions carry over into his verse, where violence struggles against restraint, emotion against order, and imagination against ironic detachment. This Eliot is more human and more attractive to contemporary taste. During his lifetime, Eliot received many honors and awards, including the Nobel Prize for literature in 1948.

Michael North is Professor of English at the University of California, Los Angeles. He is the author of The Dialect of Modernism: Race, Language, and Twentieth-Century Literature, The Final Sculpture: Public Monuments and Modern Poets, Reading 1922: A Return to the Scene of the Modern, The Political Aesthetic of Yeats, Eliot, and Pound, and Henry Green and the Writing of His Generation, as well as many articles on various aspects of twentieth-century literature. 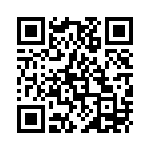