Seven pilgrims have come together to make the journey to the Time Tombs and the Shrike, guardians of the tombs. As they travel towards their destination they tell their stories and tales of what has ... Read full review

Compelling and robust story A very nice sci-fi discovery. Wonderfully developed characters. Great mystical elements blended into the tech. Time to get started on the next installment. Read full review

Dan Simmons, a full-time public school teacher until 1987, is one of the few writers who consistently work across genres, producing novels described as science fiction, horror, fantasy, and mainstream fiction, while winning major awards in all these fields. His first novel, Song of Kali, won the World Fantasy Award; his first science fiction novel, Hyperion, won the Hugo Award. His other novels and short fiction have been honored with numerous awards, including nine Locus Awards, four Bram Stoker Awards, the French Prix Cosmos 2000, the British SF Association Award, and the Theodore Sturgeon Award. In 1995, Wabash College presented Simmons with an honorary doctorate in humane letters for his work in fiction and education. He lives in Colorado along the Front Range of the Rockies. 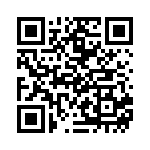