Jenni Mills has been involved in various aspects of presentation for over twenty-five years - as a presenter, as a radio producer and TV director, and for the last fouteen years as a voice coach. She started her career as a presenter in BBC local radio (music and magazine shows, phone-ins etc), then worked for many years as a presenter on BBC Radio Four. On network radio she has presented regular magazine format shows like You and Yours and Woman's Hour, documentary series like Never the Same Again and Famous For Fifteen Minutes, as well as many one-off features, live phone-ins, and outside broadcast debates. In television she presented current affairs programmes for HTV West, and still works as a voice-over artist on TV documentaries, as well as continuing to do some presentation on Radio Four programmes. Jenni has also worked extensively on the other side of the mic and camera, as a senior network radio producer with the BBC, and as a freelance television director, so she has a lot of experience of getting the best out of presenters. Presenters she has worked with as a producer/director include John Humphrys, Jenni Murray, and Time Team's Carenza Lewis. Over the last fourteen years she's also worked part-time as a broadcast voice trainer. Her clients range from students on the post-graduate broadcast journalism course at Cardiff University, through young reporters just beginning their careers, right up to some of the top presenters in British television and radio, with whom she holds "master classes". Past clients have presented Radio Four's Today programme, PM, You and Yours, The World Tonight, and Channel Four News. Others have worked in music radio, or on TV shows like 999. 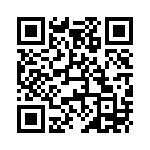