Christopher Shores began by writing the occasional book about military aviation, then quickened the pace as he grew older. By now, readers and reviewers are hard-pressed to keep up with him. Meanwhile, he pursued a career as a land surveyor and director of one of Europe's largest firms of property advisers.

Brian Cull is a highly respected Grub Street author with past publications such as Hurricanes over Tobruk, Hurricanes over Malta, Spitfires over Sicily and Buffaloes over Singapore to his credit. 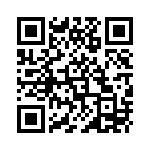