This book sounds so crazy it sounds good. I figure it must be thrilling since a movie was made out of it. This is probably on my top books to read.

The War Of The Canada

Herbert George Wells was born in Bromley, Kent, England, on September 21, 1866. His father was a professional cricketer and sometime shopkeeper, his mother a former lady's maid. Although "Bertie" left school at fourteen to become a draper's apprentice (a life he detested), he later won a scholarship to the Normal School of Science in London, where he studied with the famous Thomas Henry Huxley. He began to sell articles and short stories regularly in 1893. In 1895, his immediately successful novel rescued him from a life of penury on a schoolteacher's salary. His other "scientific romances"--The Island of Dr. Moreau (1896), The Invisible Man (1897), The War of the Worlds (1898), The First Men in the Moon (1901), and The War in the Air (1908)--won him distinction as the father of science fiction.


Isaac Asimov authored over 400 books in a career that lasted nearly 50 years. As a leading scientific writer, historian, and futurist, he covered a variety of subjects ranging from mathematics to humor, and won numerous awards for his work. 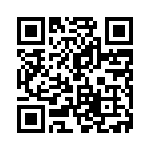