Born in Norfolk in 1925, after leaving the army, Aldiss worked as a bookseller, which provided the setting for his first book, The Brightfount Diaries (1955). His first published science fiction work was the story ‘Criminal Record’, which appeared in Science Fantasy in 1954.

Passing away in 2017, over the course of his life Aldiss wrote nearly 100 books and over 300 short stories – becoming one of the pre-eminent science fiction writers of the 20th and 21st century. 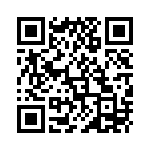