The fourteen Dalai Lamas: a sacred legacy of reincarnation

With the growing interest in the current Dalai Lama, as evidenced by the media coverage and by the number of his books currently available, this volume will be welcomed by readers. Mullin's thorough ... Read full review

Glenn H. Mullin is one of the world's foremost Tibetologists. He has published approximately twenty books on Tibet and Tibetan Buddhism, including a series on the lives and teachings of the early Dalai Lamas. He is an internationally renowned Buddhist scholar, an acclaimed translator of Tibetan classics, a well-known speaker on the international lecture circuit and a popular teacher of Tantric Buddhist meditation.As a youth he studied engineering at Mt. Allison University, Canada, and then traveled to the Himalayas to join the Tibetan Studies Program at the Library of Tibetan Works and Archives, a small college for Western students that had been established by the Dalai Lama in Dharamsala. Mullin remained in Dharamsala for twelve years, where he completed the rigorous training in Tibetan Buddhist philosophy and meditation, first at the LTWA and then at the Tsennyi Labtra Monastery. After this he joined the Research and Translation Bureau of the LTWA.His books include Death and Dying: The Tibetan Tradition, Mystical Verses of a Mad Dalai Lama, and Tsongkhapa's Six Yogas of Naropa. 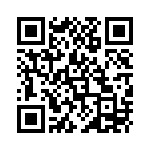