This is a superb account of Arnold’s life from his childhood through to 2012. The narrative is engaging throughout, though I admit to not being so absorbed by the later chapters that focus on politics. Arnold’s childhood and rise to fame are what most interested me. Highly recommended. Read full review

Douglas Quaid is haunted by a recurring dream about a journey to Mars. He hopes to find out more about this dream and buys a holiday at Rekall Inc. where they sell implanted memories. But something ... Read full review

Arnold Schwarzenegger served as governor of California from 2003 to 2011. Before that, he had a long career, starring in such films as the Terminator series; Stay Hungry; Twins; Predator; and Junior. His first book, Arnold: The Education of a Bodybuilder, was a bestseller when published in 1977 and, along with his Encyclopedia of Modern Bodybuilding, has never been out of print since. 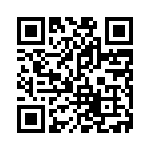