55
Copyright © 2006 by the author(s). Published here under license by CECI.
The following is the established format for referencing this article:
Maschio V. 2006, Armando Silva – Bogotá Imaginada: review of Tauros Publishing. City & Time 2 (2): 6. [online]
URL: http://www.ct.ceci-br.org
ARMANDO SILVA – BOGOTÁ IMAGINADA
TAUROS PUBLISHING, 2003, 344 PAGES
Reviewed by Vanessa Maschio1
There is nothing new in the fact that Latin American citizens, when traveling around
other South American countries, are surprised not only by the peculiarities of the places
visited, but also by their latent cultural similarities. This state of familiarity is due, in some
cases, to vestiges of a common colonist matrix; in others, to the contemporary condition of
the urban between large cities; or to geographical proximity, to a common political
system, or, finally, to an intersection of all of these. Inspired by the wealth of such
scenarios, scientific research was undertaken in twelve Iberian-American cities and one in
Spain, namely: Bogotá, Santiago, Montevideo, Quito, Mexico City, Caracas, Buenos Aires,
Săo Paulo, Lima, La Paz, Panama City, Asunción and Barcelona.
As he wished to track contemporary Latin-American urban culture and also to draw up a
model for comparative assessment between cities and sub-cultures, the general
coordinator of this survey, Armando Silva, took up the investigation method he put
forward in his book Imaginarios urbanos (Urban Imaginaries from Latin America) (Tercer
Mundo Editores, 1998). This consists of gathering primary data through investigations by
direct observation and distinct recognition by the citizens, based on visual, olfactory,
auditory and taste-bud recall of these cities. Efforts were concentrated on obtaining results
that could both inform and make society more aware with regard to cultural
problematics, which have become increasingly complex as the world becomes more
urbanized.
In order to carry out this investigation co-terminously, Armando Silva had the support of
co-partners in all the countries involved, as partnerships were established with
universities and entities in the cities referred to, and some regional coordinators selected.
Thus, a satisfactory survey sample was developed to be applied in all the urban centers
investigated, yet liable to being adapted to suit particular expressiveness. As a result of
this survey, a model of categories of 'citizen perception' was built up. The data gathered
has been organized into three main parts ('The City', 'The Citizens' and 'The Others'), based
on semiotic-cognitive studies and on the psychoanalysis of collective wishes. All cities
investigated follow this same analytical structural model and, in almost all cases, such
studies resulted in the publication of books, which form parts of a collection. Bogotá, as
the headquarters of this great social inter-cities investigation, is the theme of Bogotá
Imaginada (Editorial Tauros, 2003) and the focus of this review.
Bogotá Imaginada is divided into four parts, of which the first introduces us to the
questions referred to in the social investigation of the thirteen thematic cities and
discusses the methodology employed for the research on the urban cultures. The three
parts that follow deal with the structure mentioned above: 'The City', 'The Citizens' and
'The Others'.
1
Vanessa Maschio is a student of the Post-Graduate Program in Urban Development MDU – UFPE
56
The chapter on 'The city' deals with the references to the city in the physical and historical
senses; divided into three sections, it captures the physical qualities of Bogotá, the
qualifications attributed to it and the recognition of its urban settings, so as then to reveal
the qualities that identify it. The first section 'Qualities: wounded Bogotá' deals with the
social physiognomy of the city 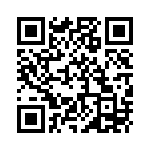