A prominent scholar in Middle Eastern history for nearly half a century, Halil Inalcik was born in Istanbul, Turkey, and received his Ph.D. from the University of Ankara in 1942. He taught at his alma mater from 1943 to 1972, when he accepted a professorship in Middle Eastern history at the University of Chicago, where he was professor emeritus. An authority on the Ottoman-Turkish period, particularly in the field of social and economic history, Inalcik lectured widely at major universities and international conferences and has written numerous articles and books in both Turkish and English. 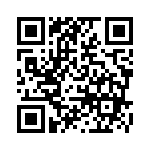