Michael Carr is a Geologist Emeritus at the U.S. Geological Survey, and has over 40 years' experience of planetary science research. In the early 1970s Dr Carr was a member of the Mariner 9 team and leader of the Viking Orbiter team. He was co-investigator on the Mars Global Surveyor, the Mars Exploration Rovers and the High Resolution Stereo Camera on Mars Express. He is a Fellow of the Geological Society of America, the American Geophysical Union and the American Association for the Advancement of Science, and was awarded the 1994 National Air and Space Museum Lifetime Achievement Award for his work on Mars. He is also the author of The Surface of Mars (1981) and Water on Mars (1996). 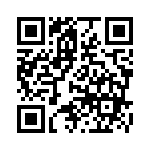