Edward Morgan Forster was born on January 1, 1879, in London, England. He never knew his father, who died when Forster was an infant. Forster graduated from King's College, Cambridge, with B.A. degrees in classics (1900) and history (1901), as well as an M.A. (1910). In the mid-1940s he returned to Cambridge as a professor, living quietly there until his death in 1970. Forster was named to the Order of Companions of Honor to the Queen in 1953. Forster's writing was extensively influenced by the traveling he did in the earlier part of his life. After graduating from Cambridge, he lived in both Greece and Italy, and used the latter as the setting for the novels Where Angels Fear to Tread (1905) and A Room with a View (1908). The Longest Journey was published in 1907. Howard's End was modeled on the house he lived in with his mother during his childhood. During World War I, he worked as a Red Cross Volunteer in Alexandria, aiding in the search for missing soldiers; he later wrote about these experiences in the nonfiction works Alexandria: A History and Guide and Pharos and Pharillon. His two journeys to India, in 1912 and 1922, resulted in A Passage to India (1924), which many consider to be Forster's best work; this title earned the James Tait Black Memorial Prize. Forster wrote only six novels, all prior to 1925 (although Maurice was not published until 1971, a year after Forster's death, probably because of its homosexual theme). For much of the rest of his life, he wrote literary criticism (Aspects of the Novel) and nonfiction, including biographies (Goldsworthy Lowes Dickinson), histories, political pieces, and radio broadcasts. Howard's End, A Room with a View, and A Passage to India have all been made into successful films.

Paul B. Armstrong is Professor of English and former Dean of the College at Brown University. He was previously a professor and a dean at the University of Oregon and the State University of New York at Stony Brook. He has also taught at the University of Copenhagen, Georgia Institute of Technology, the Free University of Berlin, the University of Virginia, and the Institute for Doctoral Studies in the VisualArts. He is the author of How Literature Plays with the Brain: The Neuroscience of Reading and Art; Play and the Politics of Reading: The Social Uses of Modernist Form; Conflicting Readings: Variety and Validity in Interpretation; The Challenge of Bewilderment: Understanding and Representation in James, Conrad, and Ford; and The Phenomenology of Henry James. He is editor of the Norton Critical Edition of E. M.Forster's Howards End and of the fourth and fifth Norton Critical Editions of Heart of Darkness. 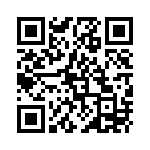