1858 was a turning point leading up to the American Civil War. So many issues were beginning to come to a crisis point and the leaders that should have taken action were looking elsewhere. Jefferson ... Read full review

An idiosyncratic survey of the American political scene as the clouds gathered for Civil War.The 1856 election of President James Buchanan, the 1857 Dred Scott decision and the proposed pro-slavery ... Read full review

Bruce Chadwick is a former journalist and author of eight works of history including The First American Army, George Washington's War, The General and Mrs. Washington, Brother Against Brother, Two American Presidents, Traveling the Underground Railroad, The Reel Civil War, and Lincoln for President. He lectures in American history at Rutgers University and also teaches writing at New Jersey City University. 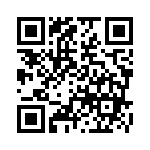