Jennif(f)er Tamayo is a queer, migrant, latinx poet, essayist, and performer. JT is the daughter of Nancy, Flora, Leonor y Ana. Her books include [Red Missed Aches] (Switchback, 2011) selected by Cathy Park Hong for the Gatewood Prize (2010), Poems are the Only Real Bodies (Bloof Books 2013) and YOU DA ONE (2017 reprint Noemi Books & Letras Latinas's Akrilica Series). Her essays and poetry have been widely published including in Poetry magazine, Best American Experimental Poetry, Mandorla: Writing from the Americas, Bettering American Poetry 2015, and Angels of the Americlypse; An Anthology of New Latin@Writing . She has held fellowships from NYU's Hemispheric Institute for Performance and Politics and CantoMundo. Currently JT is studying the liberatory possibilities of voice and voicing. You can find their writing and art at www.jennifertamayo.com. 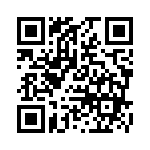