Angela Lakwete is an associate professor of history at Auburn University. 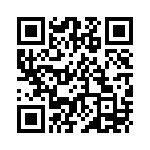