Though not out of print, this latest offering from Bantam is the least expensive edition currently available. The 1919 Pulitzer Prize-winning novel portrays the decline of the superrich Amberson ... Read full review

I love reading about turn of the century America as well as the language of the late 1800s, early 1900s. This does both beautifully with a mix of serious and comic melodrama and flowery language. The ... Read full review

Newton Booth Tarkington was born in Indianapolis, Indiana on July 29, 1869. By the age of sixteen he had written a fourteen-act melodrama about Jesse James. Tarkington was educated at Phillips Exeter Academy, then spent his first two years of college at Purdue, and his last two at Princeton. He was a founder of the Triangle Club, and editor of the Nassau Literary Magazine, a contributor of humorous drawings and literary wit to The Tiger. When his class graduated in 1893, he lacked sufficient credits for a degree. His later achievements, however, won him an honorary A.M. in 1899 and an honorary Litt.D. in 1918. Upon leaving Princeton in 1893 he returned to Indiana determined to pursue a career as a writer. Tarkington was an early member of The Dramatic Club, founded in 1889, and often wrote plays and directed and acted in its productions. After a five-year apprenticeship full of publishers' rejection slips, Tarkington enjoyed a huge commercial success with The Gentleman from Indiana, published in 1899. He cemented his fame with Monsieur Beaucaire, published in 1900, a historical romance later adapted into a movie starring Rudolph Valentino. The political knowledge Tarkington acquired while serving one term in the Indiana house of representatives formed In the Arena, a collection of short stories that drew praise from President Theodore Roosevelt for its realism. In collaboration with dramatist Harry Leon Wilson, Tarkington wrote The Man from Home, the first of many successful Broadway plays. Following a decade in Europe, Tarkington returned to Indianapolis and won a new readership with the publication of The Flirt, the first of his novels to be serialized in the Saturday Evening Post. Equally successful was Seventeen, a nostalgic comedy of adolescence that subsequently inspired a play, two Broadway musicals, and a pair of film adaptations as well as Tarkington's sequel novel Gentle Julia. Tarkington broke new artistic ground with The Turmoil in 1915, the first novel in his so-called Growth trilogy. The Magnificent Ambersons, the second work in the series, earned Tarkington the Pulitzer Prize. His work Alice Adams also won the Pulitzer in 1921. Tarkington produced a total of 171 short stories, 21 novels, 9 novellas, and 19 plays along with a number of movie scripts, radio dramas, and even illustrations over the course of a career that lasted from 1899 until his death in 1946. Cataracts gradually diminished his sight, and in 1930 he went completely blind. Surgeries successfully returned a part of his vision a year later, but his vitality was diminished. He turned primarily to children's stories in the final phase of his career, while also becoming a significant collector of art. He died in 1946 after an illness. 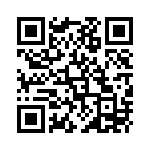