William Oliver Stone was born on September 15, 1946 in New York City. He attended Yale University for two years but left to enlist the U.S. Army requesting combat duty in Vietnam. He fought with the 25th Infantry Division, then with the First Cavalry Division, earning a Bronze Star, a Army Commendation Medal, and a Purple Heart before his discharge in 1968 after 15 months. Stone graduated from film school at New York University in 1971, where he was mentored by director Martin Scorsese. He is an American film director, screenwriter, and producer. In the late 1970s, Stone was a scriptwriter and directed his first two films Seizure and The Hand. In 1978 he won his first Academy Award, after adapting true-life jail tale Midnight Express into a hit film for British director Alan Parker (the two would later collaborate on a 1996 movie of stage musical Evita). His other films include Scarface, Conan the Barbarian, JFK, and Natural Born Killers. He received two more Academy Awards for his work on the films Platoon and Born on the Fourth of July. His book, The Untold History of The United States, was published in 2012. 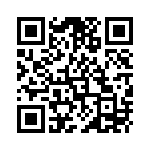