Enjoyable and informative, definitely worth reading if you are curious to know more about the Mau Mau Rebellion 1952-1960 which lead to Kenyan Independence from Britain in 1963. Laid before you are ... Read full review

DREAMS IN A TIME OF WAR: A Childhood Memoir

It takes a village to raise a writer. Against improbable odds, a Kenyan village raised a superb one in wa Thiong'o (English and Comparative Literature/Univ. of California, Irvine; Something Torn and ... Read full review

Ngũgĩ wa Thiong’o is Distinguished Professor of English and Comparative Literature at the University of California, Irvine. His books include Wizard of the Crow, Petals of Blood, Devil on the Cross, and Decolonising the Mind. 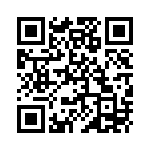