Brian D. Joseph is Professor of Linguistics and Kenneth E. Naylor Professor of South Slavic Linguistics at The Ohio State University. Within historical linguistics, his research focuses mainly on Indo-European languages. He has written and edited numerous books – including Language History, Language Change, and Language Relationship (with Hans H. Hock, 1996) and The Synchrony and Diachrony of the Balkan Infinitive (1983) – and has published over 160 articles. He became editor of the journal Language in 2002.

Richard D. Janda is Senior Lecturer and Coordinator for Undergraduate Education in the Department of Linguistics at The Ohio State University. A specialist in both Germanic and Romance linguistics, he has written widely not only on diachronic but also on synchronic issues in phonology, morphology, and morphosyntax, as well as on historical linguistics in general. His more than 70 publications focus on drawing broader implications from the application of theory to specific problems of structure, function, variation, and change in individual languages. 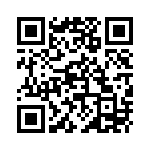