St Augustine of Hippo, the great Doctor of the Latin Church, was born at Thagaste in North Africa, in A.D. 354. He was brought up as a Christian but he was soon converted to the Manichean religion. He also came under the influence of Neoplatonism. However, in 387 he renounced all his unorthodox beliefs and was baptised. His surviving works had a great influence on Christian theology and the psychology and political theology of the West. 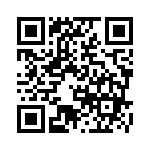