Giles Gunn, author of The Culture of Criticism and the Criticism of Culture, among other books, is Professor of Global Studies and English and Affiliate Professor of Religious Studies and Comparative Literature at the University of California, Santa Barbara. 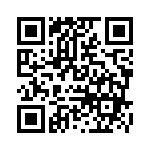