Anni Baker is Assistant Professor of Modern European History at Wheaton College. She is the author of three other books, including American Soldiers Overseas (Praeger, 2004). 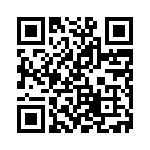