Rebecca M. Bratspies holds a B.A. in Biology from Wesleyan University and graduated with honors from the University of Pennsylvania Law School where she was elected to the Order of the Coif and awarded the Green Prize for Excellence in Torts. She served as a law clerk for the Hon. Judge C. Arlen Beam on the United States Eighth Circuit Court of Appeals. She was named a 1994/95 Henry Luce Foundation Scholar, and spent a year in Taiwan working with the Ministries of Justice and Environment. Her scholarly research focuses on environmental regulatory regimes and she is particularly interested in the international dimensions of environmental regulation, and the role of non-state actors. Professor Bratspies has lectured and published widely on such topics as genetically modified organisms, environmental liability, and international fisheries. She currently holds an associate professorship of law at CUNY School of Law where she teaches environmental law, property and administrative law. While on the faculty at the University of Idaho College of Law, she co-founded, with Professor Russell Miller, the Annual Idaho International Law Symposium. The inaugural symposium gave rise to the present project.

Russell Miller holds an appointment as Professor of Mathematics jointly between Queens College and the CUNY Graduate Center. His research applies computability to other areas of mathematics, including model theory, set theory, commutative algebra, differential algebra, graph theory and topology. 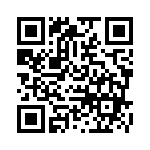