T.J. Pempel is Professor and Forcey Chair of Political Science for Study of East Asian Politics at the University of California, Berkeley, USA. 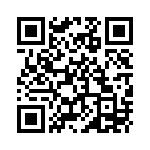