Touraj Daryaee, Ph.D. (1999), UCLA, is Professor of Iranian History and the Persianate World at UC Irvine. He has published monographs and many articles on ancient and late antique Iranian world, including Sasanian Iran in the Context of Late Antiquity: The Bahari Lecture Series at the University of Oxford (2018). 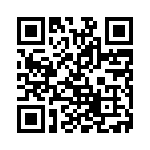