The model as muse: embodying fashion

With an emphasis on styles from the 1950s onward, Koda (Extreme Beauty: The Body Transformed) and Yohannan (John Rawlings: 30 Years in Vogue) explore how the fashion industry's feminine ideal has ... Read full review

Harold Koda is Curator of The Costume Institute at The Metropolitan Museum of Art. 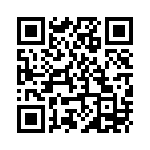