McNeil, the former folklife director of the Ozark Folk Center in Arkansas, here goes beyond his core subject - American gospel music - to cover awakenings and revivals from the 18th to the 20th ... Read full review

Here is an important correction to the section on the Kenny Parker Trio: It was Patty Parker (Ireland), Kenny's younger sister, (NOT his wife, Peggy, as stated in the book) who was signed as a songwriter with Rambo Music early on (in fact, at the tender age of 11) and who became a prolific writer of both Christian and country songs. When Elmer Cole left the group in 1973, Patty filled his spot, traveling and singing with the trio for four years. Though Patty is now a college English professor, she remains quite active as a BMI writer, writing country songs. Patty's daughter, Marisa Ireland, is an up-and-coming country music artist in Nashville, Tennessee, performing songs she co-writes with her mother. Here are two other interesting KPT facts: Kenny's daughter, Sherri Parker-Miller, who took Patty's spot when Patty married and went off the road in 1977, is also a successful singer of Christian music in Nashville. Brent Rowan, guitar player for the KPT, became one of Nashville's finest musicians, and currently produces some of country music's biggest names, including Joe Nichols, Julie Roberts and Blake Sheldon.

Dr. William K. McNeil, a historian with a Ph.D. in Folklore and American Studies, has been the folklorist at the Ozark folk Center in Mountain View, Arkansas, since 1976. Dr. McNeil has also worked for the Smithsonian Institution and the Office of State History in Albany, NY. In 1995, he was elected to the Fellows of the American Folklore Society.
Dr. McNeil has writen sixteen books and contributed to many publications as an editor, columnist, or reviewer. He has also produced thirty-six recordings dealing with folk, popular, country, and gospel music. His Smithsonian Collection of Classic Blues was nominated for a Grammy Award in 1993. 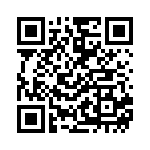