The Heidegger controversy: a critical reader

Richard Wolin is Professor of Modern European Intellectual History and Humanities at Rice University. He is the author of Walter Benjamin, The Politics of Being: The Political Thought of Martin Heidegger, and The Terms of Cultural Criticism: The Frankfurt School, Existentialism and Poststructuralism. 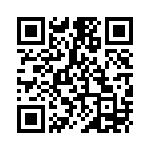