Nina Otero-Warren's Spanish conquistador ancestors dramatically altered the social and political landscape in Santa Fe, New Mexico more than three hundred years before she herself made waves as a twentieth-century suffragist, educator, political leader, and businesswoman. Otero-Warren's contributions to her community were not just in the political realm. She headed efforts to preserve historic structures in Santa Fe and Taos and built close ties with the artists, writers, and intellectuals who congregated in the area during the 1930s and 1940s. She was instrumental in renewing interest in and respect for Hispanic and Indian culture, which had for a time faced scorn and ridicule. Her book, Old Spain in Our Southwest (1936), recorded her memories of the family hacienda in Las Lunas. She continued her life at Las Dos as a businesswoman, educator, writer, and political activist until her death in 1965. 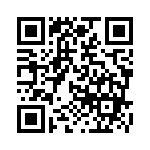