A tremendous help in aiding in understanding the human condition. I should have read this a long time ago.

Page 25 - The philosophical principle that underlies our conception of natural law is causality. But if the connection between cause and effect turns out to be only statistically valid and only relatively true, then the causal principle is only of relative use for explaining natural processes and therefore presupposes the existence of one or more other factors which would be necessary for an explanation.
Appears in 15 books from 1934-2006

Carl Jung was born in Switzerland on July 26, 1875. He originally set out to study archaeology, but switched to medicine and began practicing psychiatry in Basel after receiving his degree from the University of Basel in 1902. He became one of the most famous of modern psychologists and psychiatrists. Jung first met Sigmund Freud in 1907 when he became his foremost associate and disciple. The break came with the publication of Jung's Psychology of the Unconscious (1912), which did not follow Freud's theories of the libido and the unconscious. Jung eventually rejected Freud's system of psychoanalysis for his own "analytic psychology." This emphasizes present conflicts rather than those from childhood; it also takes into account the conflict arising from what Jung called the "collective unconscious"---evolutionary and cultural factors determining individual development. Jung invented the association word test and contributed the word complex to psychology, and first described the "introvert" and "extrovert" types. His interest in the human psyche, past and present, led him to study mythology, alchemy, oriental religions and philosophies, and traditional peoples. Later he became interested in parapsychology and the occult. He thought that unidentified flying objects (UFOs) might be a psychological projection of modern people's anxieties. He wrote several books including Studies in Word Association, Flying Saucers: A Modern Myth of Things Seen in the Skies, and Psychology and Alchemy. He died on June 6, 1961 after a short illness. 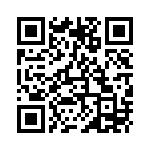