Ian Talbot is Professor of History at the University of Southampton. His recent publications include The Deadly Embrace: Religion, Politics and Violence in India and Pakistan 1947-2002 (ed., 2007) and Divided Cities: Partition and its Aftermath in Lahore and Amritsar 1947-1957 (2006).

Gurharpal Singh is Nadir Dinshaw Professor of Inter-Religious Relations in the Department of Theology and Religion at the University of Birmingham. His recent publications include Governance in Multicultural Societies (ed. with John Rex, 2004) and Culture and Economy in the Indian Diaspora (ed. with Bhikhu Parekh and Steven Vertovec, 2003). 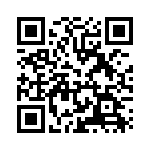