I took a while to read this book. Having to put it down at some points for emotional reasons yet not being able to put it down for other reasons. This book is full of raw truth and emotion. Read full review

Dorothy Caves literary credits include two Southwest Writers Awards, the Simon Scanlon Award, and the International Literary Award. She has served as historical consultant for two film documentaries on the Battle of Bataan and the ensuing POW experience, and appears in both films as commentator. This book, now, classic, is widely regarded as the definitive volume on the subject. Caves other books, all from Sunstone Press, include "Four Trails to Valor," "Mountains of the Blue Stone," "Song on a Blue Guitar," and "Gods Warrior: Father Albert Braun, O.F.M., Last of the Frontier Priests. 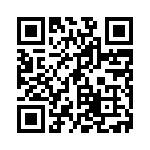