The walrus and the carpenter is a good story for young adults,and adults it is an enjoying juciy poem i loved it .Sure, did the oysters get fooled, lets not be like that lets not be fooled!!!!

Jane Breskin Zalben was born in New York City, where she attended the High School of Music and Art. She received a B.A. in art from Queens College, and then went on to study lithography at the Pratt Graphics Center. She is a well-known author and illustrator who has published about fifty books for young readers. Jane's began her career as a graphic designer and worked for several New York publishing houses, including Scribner's, where she was the art director of children's books. A book designer as well as an artist, she is as concerned with type and layout as she is with illustration. Ms. Zalben has been involved in many workshops, including "A Sense of Wonderment: Children's Book Illustration" at the Heckscher Museum in Huntington, New York, and exhibits at the Metropolitan Museum of Art, the Justin Schiller Gallery (where she was given a show of her work along with Maurice Sendak), Every Picture Tells a Story, Elizabeth Stone Gallery, Bush Gallery, and the American Institute of Graphics Art Show. Jane was a writer/artist-in-residence at Vassar's Publishing Institute and was on the faculty of the School of Visual Arts in New York City for eighteen years, where she taught courses in the illustration, design, and writing of children's books. She was a recent chair of the Society of Illustrator's The Original Art Exhibition. Zalben's acclaimed picture books and novels explore basic issues of friendship, family, self-reliance, and inner strength. Beni's First Chanukah, the first in a series of Jewish Holiday books for children, was inspired by and dedicated to her sons, Alexander and Jonathan. Jane Breskin Zalben devotes her time to her work and to traveling around the world lecturing on children's books and encouraging children and aspiring artists and writers. 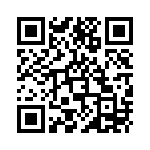