Whitman, Dewey and Democracy This book contains a series of lectures given by R. Rorty about leftist thought and political action in 21st America accompanied by two short texts in which he intended to ... Read full review

In this slim volume (from a series of lectures), eminent liberal political theorist Rorty passes judgment on the state of the US left. And he is not amused. Beginning from familiar places for him ... Read full review

Richard McKay Rorty is the principal American voice of postmodern philosophy. He was born in New York City and educated at the University of Chicago and Yale University. After having taught philosophy at Princeton University for more than 20 years, Rorty became a university professor in humanities at the University of Virginia in 1982. He has been awarded fellowships by the Guggenheim and MacArthur foundations. In 1967 Rorty published The Linguistic Turn, an anthology of twentieth-century philosophy that opens with his 40-page introduction. This work has become a standard introduction to analytic philosophy, and its title names an era. Despite his early hope for the future of analytic philosophy, Rorty came to doubt its foundations. This doubt prodded him to master American pragmatism as well as continental European work in hermeneutics and deconstruction. This work, in turn, led Rorty to question the entire tradition of Western philosophy. These doubts are expressed in his second book, Philosophy and the Mirror of Nature (1979), which is one of the most widely discussed of all recent American works in philosophy. It announces the death of philosophy as a kind of higher knowledge but recommends its continuance as edification and as a branch of literature. Choice proved prophetic in stating that "this bold and provocative book is bound to rank among the most important of the decade. 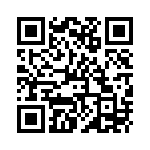