Awsome book if you are in the business!

I needed a good reference book on piercing and purchased book and it has some great information! This is by no means a How to Pierce book but more of a reference for Piercers or for someone interested ... Read full review

As a piercer, this book excited me tremendously. There is an extreme lack of solid information on body piercing available to the public at this time. Elayne is so uniquely qualified to write on this ... Read full review

\ELAYNE ANGEL has been a professional piercer for more than 20 years and has performed over 40,000 piercings. She was awarded the President's Lifetime Achievement Award by the Association of Professional Piercers in 2006 and is a contributing writer for PAIN Magazine. She lives in Merida, Mexico.

Have you ever met a famous person?
I was acquainted with a piercing customer from the Gauntlet in West Hollywood, and later we became fast friends. One day he asked me if I'd go "on tour" with him to be his "tour piercer." Not knowing precisely what I was getting into, I agreed; it sounded like fun. I arrived just in time to watch him at work. From my vantage point on the side of a gigantic stage, I saw a stadium full of 50,000 screaming fans. That was the moment I realized that my friend Lenny (Kravitz) was a famous rock star! During my two-week journey with them, everyone got a piercing at his urging: all the members of his band, his bus driver, sound engineer, motorcycle mechanic, and others in his entourage. He is a huge fan and I have performed many piercings on him. After I pierced his nipples, which he clearly enjoyed, Lenny Kravitz announced, "I wish I had ten nipples so I could have you pierce all of them."

What's the history of your last name?
Because of the large angel wings I have tattooed on my back, many people had taken to calling me "Angel." Eventually I started to use the name myself because it was easy for people to remember after they saw my tattoo.

Do you have any unusual or special family traditions?
My mom loves to give multiple birthday cards. This year she gave me one that made me laugh so hard it almost brought tears to my eyes.
Cover image: a punk-rocker gal with tattoos, piercings, and a spiked Mohawk.
Her dialogue bubble: "Know how to tell you're getting older?"
Inside: "Your nipple rings clang against your belt buckle. Happy Birthday."

Any unusual hobbies?
In my first career, I was as a sign language interpreter at a university. It always surprises deaf people when they find I can communicate with them so well–particularly when they remark on my appearance before becoming aware that I can understand what they're signing.

What do you like to make by hand?
I love to crochet–especially in public. It utterly confuses people to see a heavily tattooed and pierced woman engaged in such a grandma-type craft. I once crocheted a round queen-size bedspread that was a stunning replica of a large pizza. 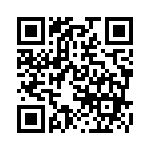