This is probably the single best book on Christ and His Kingdom. If there was a man who understood "Kingdom Theology" it was A.J. McClain. Read full review 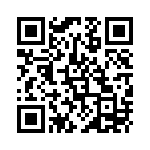