Thomas R. Rochon is Executive Director of the Graduate Record Examination at the Educational Testing Service in Princeton, NJ. Formerly a professor at Claremont Graduate University and Princeton University, he is the author of Mobilizing for Peace: The Antinuclear Movements in Western Europe (Princeton) and The Netherlands: Negotiating Sovereignty in an Interdependent World. 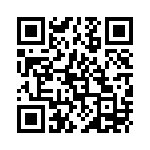