MY LOVE, MY LOVE: or, The Peasant Girl

Trinidadian-born Guy (The Sun, the Sea, and a Touch of the Wind, 1995, etc.) offers an excruciatingly atmospheric retelling of Hans Christian Andersen's The Little Mermaid.On a Caribbean island known ... Read full review

This beautifully-written story is an interesting modern rendition of Hans Christian Anderson's "The Little Mermaid" and compared together, bring about important comparisons. They share the same main ... Read full review

Rosa Guy was born Rosa Cuthbert in Diego Martin, Trinidad on September 1, 1922. When she was 7, she and her older sister joined their parents in New York City. By the time she was 14, both of her parents had died. Before becoming an author, she studied acting at the American Negro Theater. She was among the founders of the Harlem Writers Guild in 1950. Her first book, Bird at My Window, was published in 1966. She wrote books for both young adults and adults. Her young adult books include The Friends, Ruby, and Edith Jackson. Her books for adults include A Measure of Time, Children of Longing, and My Love, My Love: Or, The Peasant Girl, which was made into a musical entitled Once on This Island. She died of cancer on June 3, 2012 at the age of 89. 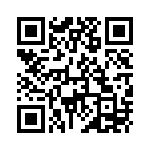