Stephen G. Engelmann is Assistant Professor of Political Science at the University of Illinois at Chicago. 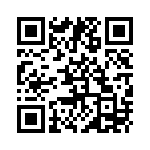