Not as good as Parker's Spenser novels when he was at his best, but much better than Parker when he was writing plots that were just too off the wall. Atkins does a great job of capturing Parker's style, dialogue, and it is good to see these characters stay alive a little longer. Read full review

I hate to say it but this was the best Spenser book in years. I was starting to lose interest towards the end of Parker's series. Very enjoyable, although I still think there was too much Susan. A tiny bit too much of the little girl also. Read full review

Ace Atkins is the author of eleven novels, including The Ranger, which was nominated for the 2012 Edgar Award for Best Novel.

Robert B. Parker was the author of seventy books, including the legendary Spenser detective series, the Jesse Stone novels, the acclaimed Virgil Cole / Everett Hitch westerns, and the Sunny Randall novels. Winner of the Mystery Writers of America Grand Master Award and long considered the undisputed dean of American crime fiction, he died in January 2010. 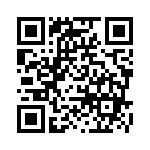