Karl Mannheim, a Hungarian-born German sociologist, taught at the Universities of Heidelberg and Frankfurt until 1933, when the coming of the Nazis to power forced him to find refuge at the University of London. His major fields of inquiry were the sociology of knowledge and the sociology of intellectual life. His masterpiece, "Ideology and Utopia" (1936), asserts that there are two types of knowledge: true knowledge based on science and knowledge based on social class. Ideas are of two types: "utopian" ideas support underprivileged groups, while "ideologies" support privileged groups. Mannheim, studying the trend toward increasing centralization, believed that modern society is dominated by large, powerful, impersonal organizations; as they consolidate, they will be controlled by powerful elites. He urged that, since this trend is inevitable, power should rest in the hands of unbiased intellectuals. He hoped that planning by trained social scientists could preserve and foster democracy. Mannheim's pioneering work in the sociology of knowledge had relatively little direct influence on contemporary research, but his bringing the concept of ideology to the attention of sociologists was of consequential importance. 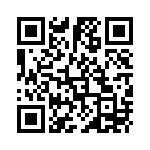