Colin S. Gray, professor of international politics and strategic studies at the University of Reading, England, and senior fellow at the National Institute for Public Policy, is the uthor of numerous books, including Modern Strategy and Strategy for Chaos: Revolutions in Military Affairs and the Evidence of History. He lives in Berkshire, England. 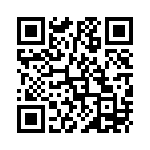