Leonard L. Richards is Professor of History at the University of Massachusetts, Amherst. He is the author of numerous books, including The Slave Power: The Free North and Southern Domination, 1780-1860 and The Life and Times of Congressman John Quincy Adams, a finalist in 1987 for the Pulitzer Prize for biography. 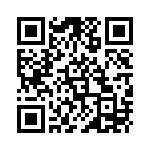