This book began life as a series of articles for Slate, the online magazine. The author carefully explains the “Great Convergence”, a period when income inequality was declining in the US, then goes ... Read full review

I found this book most interesting for Noah's discussions of economic history to put contemporary issues in context. Most impressive is the argument he presents about the direct correlation between ... Read full review

Timothy Noah has written for Slate for the past dozen years, and was previously a Washington reporter for the Wall Street Journal, a staff writer at the New Republic, and an editor at the Washington Monthly. He edited two collections of the writings of his late wife, Marjorie Williams, including the NYT-bestseller The Woman at the Washington Zoo. Noah received the 2011 Hillman Prize, the highest award for public service magazine journalism, for his "Great Divergence" series in Slate. 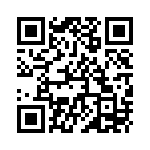