AROUND THE CRAGGED HILL: A Personal and Political Philosophy

The former foreign-service officer, professor at Princeton's Institute for Advanced Study, and author of 18 books now offers The World According to Kennan. Here, Kennan (Sketches from a Life, 1989 ... Read full review

Around the cragged hill: a personal and political philosophy

The guiding intellect behind the postwar policy of containment and author of a dozen books, Kennan has figured prominently in foreign policy debates since World War II. In this tightly written and ... Read full review

George F. Kennan, February 16, 1904 - March 17, 2005 George Kennan was born Feb. 16, 1904, in Milwaukee, Wisconsin. He attended Saint John's Military Academy and then Princeton University, graduating in 1926 and entering the diplomatic corps. He travelled to Genoa in 1927, and in 1929 was assigned as third secretary attached to all of the Baltic Republics. In 1933, he went to Moscow with Ambassador William Bullitt, where he remained until 1937. He then spent a year in the U. S., a year in Prague, and then went to the U. S. Embassy in Berlin where he helped to develop a peace settlement. Kennan was in Berlin when Nazi Germany declared war on the U. S., and was interned for several months, before finally returning to the States in May of 1942. During the war, he represented the U. S. in Portugal, and was part of the delegation to the European Advisory Commission. In 1944 he returned to the embassy in Moscow. In April 1947, after returning to the States, Kennan became chairman of the Policy Planning Staff at the State Department. It was there that he penned an anonymous article, titled "The Sources of Soviet Conduct" but better known as the "X article", in the July 1947 Foreign Affairs, which advocated a containment policy. He is considered to have been the "architect" of the Cold War. Kennan was appointed Ambassador to the Soviet Union in 1952, but was recalled in October after a diplomatic incident in Berlin where he compared the Soviet Union to Nazi Germany. Kennan retired from the Foreign Service in 1953, and joined the Institute for Advanced Study in Princeton, where he remained until retirement. During that time he also served as Ambassador to the USSR and to Yugoslavia for a short time. Kennan has continued to write and lecture on foreign policy and the Soviet Union into the '90s. In 1981 he was awarded the Albert Einstein Peace Prize for his efforts to improve U.S.-Soviet relations. He also won the Pulitzer Prize twice, initially in 1957 for Russia Leaves the War: Soviet-American Relations, 1917-192O, and then again in 1968 for Memoirs. At age 85, he received the Medal of Freedom. George F. Kennan died on March 17, 2005 at the age of 101. 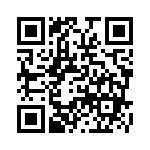