The 15th edition of this always-strong annual collection features essays that range in subject and tone from philosophical to poetic, guest-edited by Lightman (The Diagnosis, p. 1063, etc.).Lightman's ... Read full review

Alan Lightman was born in Memphis, Tennessee on November 28, 1948. After completing an A.B. at Princeton University in 1970, a Ph.D. at the California Institute of Technology in 1974, and postdoctoral studies at Cornell University in 1976, he moved directly into academia, teaching astronomy and physics at Harvard University, the Smithsonian Astrophysical Observatory, and the Massachusetts Institute of Technology. In the 1980s, he found a way to combine his literary and scientific interests when he began to write essays about science. He explored astronomy, cosmology, particle physics, space exploration, and the life of a scientist, writing about these topics in a way that makes them understandable to the average reader. Many of his essays can be found in the collections Time Travel and Papa Joe's Pipe and A Modern-Day Yankee in a Connecticut Court and Other Essays on Science. He is the author of Ancient Light: Our Changing View of the Universe, which won the Boston Globe's 1991 Critics' Choice award for non-fiction; and is co-author of Origins: The Lives and Worlds of Modern Cosmologists, which received an award from the Association of American Publishers in 1990. In the 1990's, he branched out into fiction, although still with a focus on science. His novels include Einstein's Dreams, Good Benito, and The Diagnosis.

Robert Atwan is the series editor of The Best American Essays. He recently edited Divine Inspiration, a volume of world poetry on the Gospels. 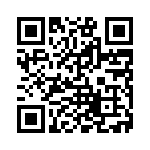