Donald John Trump was born in Queens, New York on June 14, 1946. He received a degree in economics from the Wharton School of Finance at the University of Pennsylvania. After graduating college in 1968, he joined the family real estate development business. In 1971, he was given control of the company and renamed it The Trump Organization. He is also the founder of Trump Entertainment Resorts. He is the author of many business-related books including The Art of the Deal. He was the executive producer and host of the NBC reality show The Apprentice. On June 16, 2015, he formally announced his candidacy for president in the 2016 election, seeking the nomination of the Republican Party. He won the Republican nomination and went on to win the Presidency in November 2016. 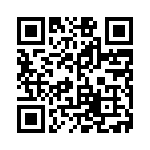