This was a rather strange, yet appealing, novel. The setting of the utopia is the thread that weaves all the components of the story together. It is written like a non-fiction treatise and this is the ... Read full review

Wells was not satisfied with two previous books in which he had attempted to provide a blue print for a better more tolerant society for the future. [Anticipations of the Reaction of Mechanical and ... Read full review

H.G. Wells was a professional writer and journalist, who published more than a hundred books, including novels, histories, essays and programmes for world regeneration. Wells's prophetic imagination was first displayed in pioneering works of science fiction, but later he became an apostle of socialism, science and progress. His controversial views on sexual equality and the shape of a truly developed nation remain directly relevant to our world today. He was, in Bertrand Russell's words, 'an important liberator of thought and action'.


Francis Wheen is a journalist, author and broadcaster. He has written for most British national newspapers and was Columnist of the Year in 1997. His biography of Karl Marx won the Isaac Deutscher Memorial Prize, and has been translated into more than 20 languages. He is deputy editor of Private Eye.

Gregory Claeys is a historian at the University of Royal Holloway, London. 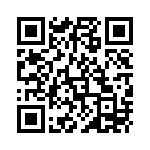